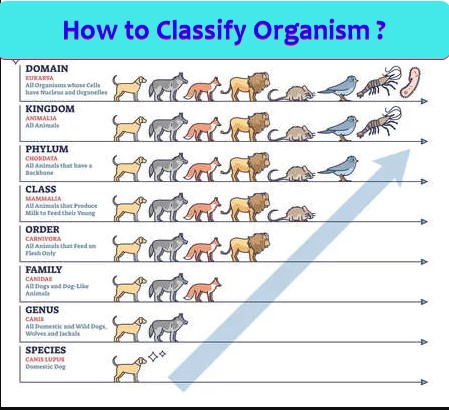 Classify Organisms is of different level according to multiple aspects. All creatures are categorised into groups based on common characteristics, and these species are further divided into smaller groups based on more detailed aspects. Such categorisation helps scientists and zoologists to study specific species.

Organisms are often grouped based on their appearance, functionality, movement, reproduction, synapomorphy and symplesiomorphy. Researchers have termed such specialized categorisation as ‘the classification of living things.

Classify Organisms is in following way

The most fundamental aspect of categorising living creatures is the kingdom. There are five major kingdoms where species are placed based on how and what they consume, the variety of cells that construct their body and how many cells their body contains. These five kingdoms are animal, plant, fungi, protist and monera.

The next stage in classifying living things after the kingdom is phylum. In this Classify Organisms stage, scientists and researchers try to find the physical commonness among the species of a kingdom. Such commonness indicates a shared family tree among these creatures in a specific phylum.

For example, homo sapiens belong to the mammals class, and this class includes those species that feed their babies through breasts.

Species in different classes are further grouped into orders. The scientists use a taxonomy key to determine a species belongs to which order. The taxonomy key is the checklist that indicates how species are categorised together.

Species within a family relate more with each other. For instance, humans belong to the Hominidae family, including orangutans, gorillas, and chimpanzees.

Genus is a method through which scientists describe the generic names of species. The genus categorisation is quite precise, and each genus includes a smaller number of species. Therefore, there are a large number of subdivisions among both plants and animals. The genus determines the first part of the name while using a taxonomy to name species.

Species are the as specific classification of creatures as possible. When it comes to classifying the living things, species are the most strict level.

The capacity to mate with other organisms of the same species is critical for placing an organism in a particular species. The second component of an organism’s two-part name is determined by its species.

Classify Organisms as The Five Kingdom Of Species

The system of dividing creatures into kingdoms was developed 2000 years ago and has been evolved over the years.

This kingdom includes species made up of a single cell, and species formed with one cell are called unicellular. The unicellular species contains a cell that does not have a nucleus, generally found in another type of cell. Most of the bacteria are unicellular.

Species within the protist kingdom are also unicellular, which means they also include single cells. They are different from protist kingdom species because their cell contains a nucleus and can move around their ecosystem.

Fungi are placed into a separate kingdom because there are unique species. Many years ago, there were considered plants, but later, it became clear that they were essentially different from plants as they couldn’t prepare their food.

The plant kingdom includes all plants that exist on this planet, including trees, flowers and aquatic plants. All the species that come under this kingdom share common aspects like preparing their food with sunlight and water,  requiring a few things to survive and grow anywhere.

The animal kingdom includes multicellular creatures who depend on other organisms for food and survival. It is the most prominent kingdom that exists and consists of all animals across the globe. The species of the animal kingdom might vary in size, weight, length and colour.

Scientists have been involved in such research and study for ages and have made advancements in medical, botanical and zoological sciences. 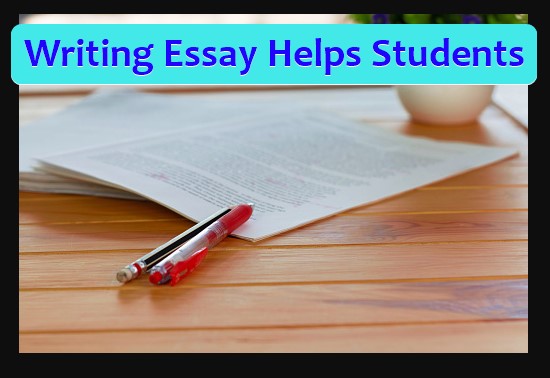 Foolproof plan to keep track of your semester tasks?